Over 750 TidyTowns volunteers were present at the SuperValu TidyTowns awards ceremony at the RDS in Dublin – with thousands more watching online.

It was the first full-scale Awards Ceremony since the onset of the Pandemic.

This year’s competition received the third highest number of entries in its almost 65-year history.

“I want to sincerely congratulate Trim and all of its TidyTowns volunteers for being crowned Ireland’s tidiest town for 2022.

“This is a moment of great pride for Trim and indeed the wider county of Meath. Having first entered the competition in 1959, Trim today continues to showcase all that is good about community and volunteerism.

“I have no doubt that the TidyTowns Group in Trim will receive a warm and deserving homecoming as they celebrate this wonderful occasion.

“The level of competition was extremely high this year with the third highest number of entries ever recorded.

“I want to pay tribute to all the winners today but, above all, I want to say a huge thank you to the thousands of TidyTowns volunteers across the country.

“The time and effort that you put in to making your town or village a better place says so much about your commitment and dedication to your community.

“Your hard work and enthusiasm is nothing short of inspiring.”

The SuperValu TidyTowns competition has been in existence since 1958 and Trim (Baile Átha Troim, Co Mí) was judged to be the best from a number of 882 entries to the competition this year.

On hand to announce the results of the 2022 competition with Minister Humphreys was Mr. Ian Allen, Managing Director of SuperValu, the competition’s sponsor for over 30 years.

Some of the other big winners on the day included:

“Today, I want to congratulate SuperValu who have been loyal supporters and sponsors of the competition for over 30 years.

“Following a competitive process to secure a funding partner for the competition, it gives me great pleasure to announce today that negotiations have commenced with SuperValu as the preferred bidder to partner with the Department of Rural and Community Development to administer the competition out to 2027.

“I also want to pay tribute to the team in my Department who have worked tirelessly to ensure this year’s competition was a success.”

“On behalf of SuperValu, I would like to congratulate Trim for being named Ireland’s tidiest town for 2022, fifty years since the town first won the competition in 1972. It’s a wonderful achievement and a testament to the hard-work and commitment of the committee and team of volunteers involved. It’s also important to acknowledge the extraordinary achievement and efforts of the category winners. This year marked another milestone year for the SuperValu TidyTowns competition, with a record 1,000 groups engaging in the competition, and an incredible 882 entries. Congratulations to all the incredible committee members, who, in collaboration with our network of independent retailers, share our desire to build thriving, sustainable communities.”

Mr. Allen went on to say,

“We are delighted that SuperValu will be continuing our sponsorship of the SuperValu TidyTowns competition for the next five years and are very grateful to the Department of Rural and Community Development for the opportunity in this regard. Over the last three decades, our respective teams and local independent retailers have worked hand in hand to develop and grow SuperValu TidyTowns to what it is today; a uniting force, gathering people from all parts of the community to work together to make our towns and villages great places to live, work and visit. We are proud that the competition has gone from strength to strength over the past 30 years of partnership, with an increased focus amongst entries for 2022 on innovative sustainability, biodiversity and conservation projects that will enhance our communities for years to come.”

Minister Humphreys also announced a special allocation of €1.4 million in funding to support the work of individual TidyTowns Groups around the country to assist them in their continued efforts to enhance their towns and villages. This is the sixth consecutive year that funding has been provided to support these Groups and brings the total allocated since 2017 to €8.1 million.

“The creation of a sense of place that our groups achieve through their efforts makes our towns and villages the wonderful places they are to live in, to work in and indeed to visit.

“The initiatives taken by volunteers in areas of Climate Action, Sustainability and Inclusivity are most encouraging and as such I am very pleased to be able to announce this funding today to support them in bringing about even greater change into the future.

“In total, 935 TidyTowns groups across the country will be eligible to benefit from this investment.”

The SuperValu TidyTowns competition is organised by the Department of Rural and Community Development and sponsored by SuperValu who have sponsored the competition since 1991. 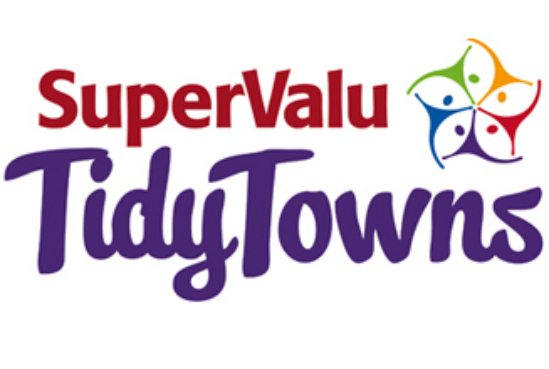 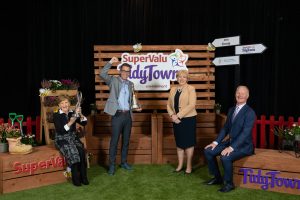 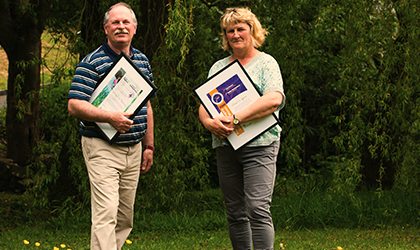 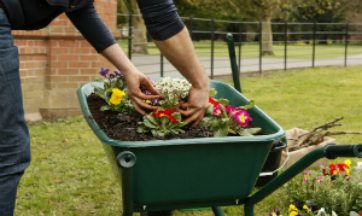